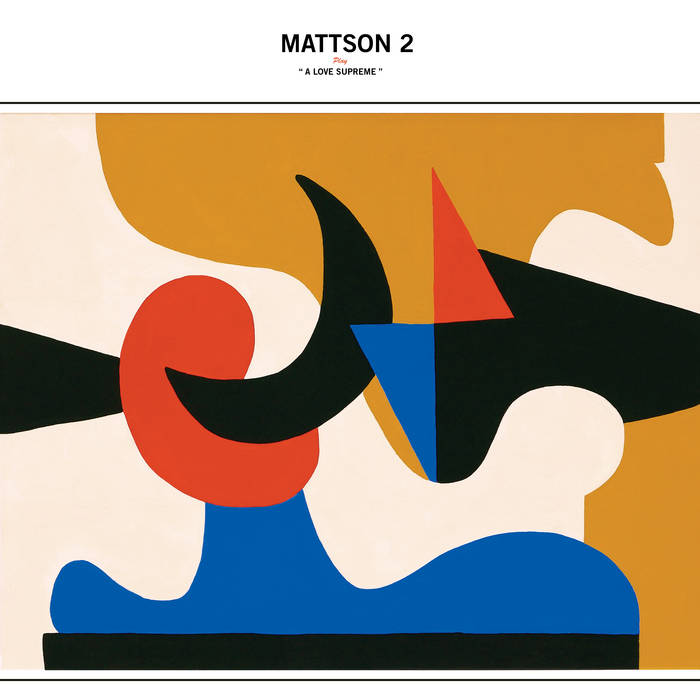 On Mattson 2 Play “A Love Supreme,” out August 17, 2018 via Spiritual Pajamas, the brothers translate the iconic saxophonist’s spiritual vision into a thrilling 21st-century electric exploration

John Coltrane’s 1965 magnum opus A Love Supreme is one of the most revered and influential recordings in the history of jazz, widely regarded as the iconic saxophonist’s masterpiece. It might seem audacious at the very least to undertake a new recording of such a foundational album, but twin brothers Jared & Jonathan Mattson are nothing if not sonic risk-takers.

With their new release Mattson 2 Play “A Love Supreme,” the duo reimagines Coltrane’s avant-garde epic through a 21st-century lens, creating a new interpretation that remains faithful to the questing spirit of the original while pushing the music into bold new territory – which itself is fully in keeping with the composer’s forward-looking vision. The album, due out August 17, 2018 via Spiritual Pajamas, translates the Coltrane Quartet’s acoustic jazz explorations into a modern language swathed in a haze of analog synths, ecstatic guitars, transcendent grooves and enveloping atmospherics.

“The purpose of our reinterpretation of A Love Supreme was to lean into the spirit of exploration and transformation that’s embodied in jazz.” says Jonathan Mattson. “We don’t claim to be traditional jazz musicians, for us it’s about creatively adapting the art form, decontextualizing it, and exploring the genre in new ways. Jazz has been confined to such a narrow definition over the years and we want to make sure the genre continues to grow and evolve. It should be a living, breathing thing.”

That mission certainly fits with Coltrane’s own intentions for the piece, which is less a set composition than a framework for spiritual communion through improvisation. The Mattson brothers have a particular advantage when it comes to achieving that level of communication: the unique telepathy that exists between identical twins, an unspoken empathy that they refer to as “twinchronicity.” In A Love Supreme, the Mattsons saw a way to channel that rare connection into expansive new horizons.

The duo undertook an intensive study of the original composition, Coltrane’s notes, and every available recording by the Coltrane Quartet as well as later versions by the likes of John McLaughlin, Branford Marsalis and Alice Coltrane. They used that vocabulary to create their own take, which they honed through invaluable live performances before audiences largely unfamiliar with the original. “It was so incredible to see the way that a rock fans connected with the music,” Jonathan recalls. “There was yelling and crying, people getting really stoked and devouring every note we were playing. Seeing people’s minds getting blown by Coltrane’s music, was an inspiration for us.”

Those visceral reactions attest to the continuing impact of Coltrane’s bold vision. Mattson 2 Play “A Love Supreme” channels that vision with both reverence and inventiveness, creating a vibrant and electrifying new interpretation that will resonate with new generations of open-minded listeners.

Bandcamp Daily  your guide to the world of Bandcamp

Cannibal Corpse's George "Corpsegrinder" Fisher stops by for an interview